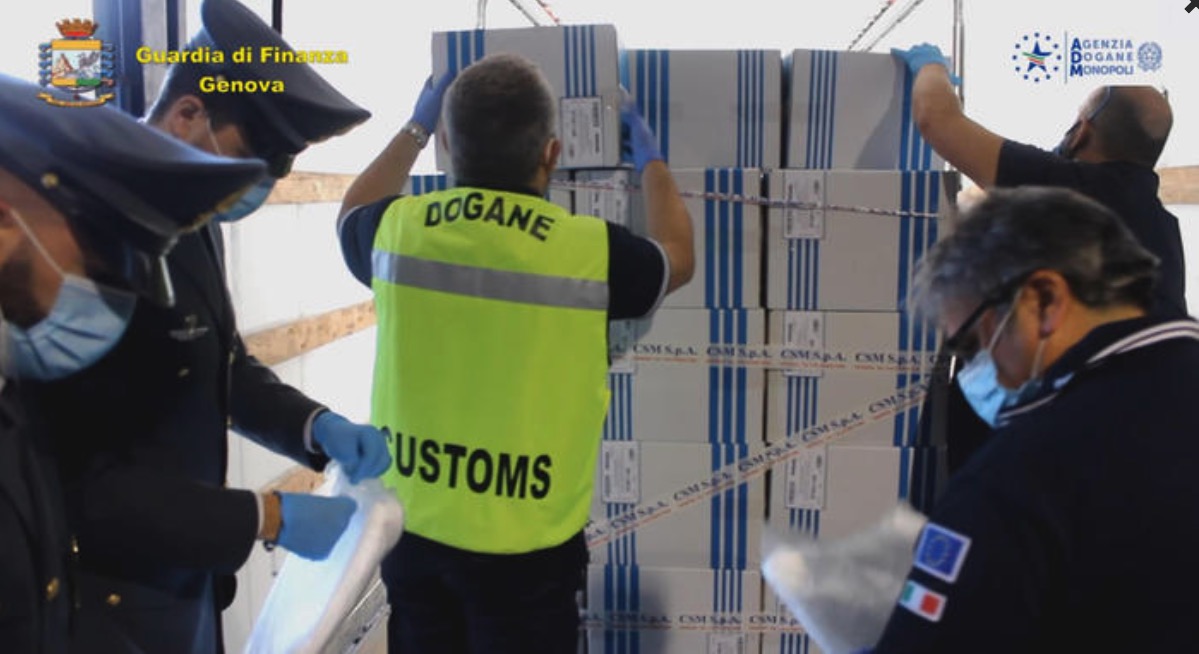 An official statement from the Provincial Command of Genoa of the Guardia di Finanza, widely covered by the local and national press, informs us of the seizure in the port of “machinery for the manufacture of armament material (shell casings) intended for export to Ethiopia in the absence of required permissions”. This is an investigation that has been underway for four months, which the Genoa prosecutor’s office evidently closed in recent days by identifying three suspects , and therefore being able to give an account of them to the public.

The seized material was contained in two containers and consists of a grooving machine and a trimming machine, as well as small metal parts and molds used for the manufacture of light ammunition. However, they were presented by the exporting company as a «parallel lathe and hot forming machines», generic definitions intended to conceal their use for the manufacture of military material. Approximate value: 3 million euros.

The goods were destined for Ethiopia , a country to which the European Parliament adopted a resolution in October 2021 calling on EU states to block the export of arms, due to a serious humanitarian crisis in the Tigray region, where they are wars with huge civilian losses and human rights violations.

In the 2021 financial statements, the latter declared a turnover of 12.7 million euros (doubled compared to 2019) and 61 employees employed in a modern plant in the industrial area of ​​Lecco;

– according to the Atlas of the Italian defense industry drawn up by Weapon Watch, other companies from Lecco operate in the sector of machines for making light ammunition , a sector that has grown as an “induced” of the well-known company FIOCCHI MUNIZIONI and which has its own export capacity, even in areas of the world – such as West Africa and the Middle East – to which such exports should not be permitted.

The Weapon Watch, while expressing its satisfaction with the effective action of the authorities, underlines that, as happened in the spring of 2019 again in the port of Genoa, also in this case the Italian manufacturer has tried to conceal the true military nature of the cargo , as directed towards an area where a bloody conflict has been going on for some time.

It is surprising in this story that the exporting company officially declares on its website that it manufactures machines for making shells, but has tried to pass customs by declaring industrial machines for civilian use. It was therefore easy for the authorities to discover the fraud, considering the sender and the geographical destination of the load, Ethiopia, which is one of those under supervision.

We wonder how many other similar loads daily bypass the checks , departing from and in transit in the port of Genoa, and what intelligence and intervention activities the authorities practice. A seizure in the matter of arms trafficking every two or three years throughout the port, much less than what happens with cocaine, cannot be convincing. Above all in Liguria, the region home to some of the main manufacturers of deadly weapon systems such as Leonardo Spa, which it exports all over the world, preferably where wars and social conflicts are underway.

For some time in the port of Genoa, the CALP Collective Autonomous Port Workers, supported by groups of other workers and the grassroots union, has denounced the occurrence of the same circumstances, i.e. maritime transport with destinations in areas and states that were the scene of civil wars and humanitarian crises, starting from Yemen and Syria, and originating from companies engaged in the production of arms and explosives, especially from the United States, and calls for inspections and controls by the authorities. The response of the authorities so far had been the criminal complaint of the workers on the mandate of local business interests for this type of criminal trafficking. We hope that the seizure announced today by the Public Prosecutor’s Office, Customs and Finance will open a new cycle of legality that will make the port of Genoa an ethical and demilitarized port.